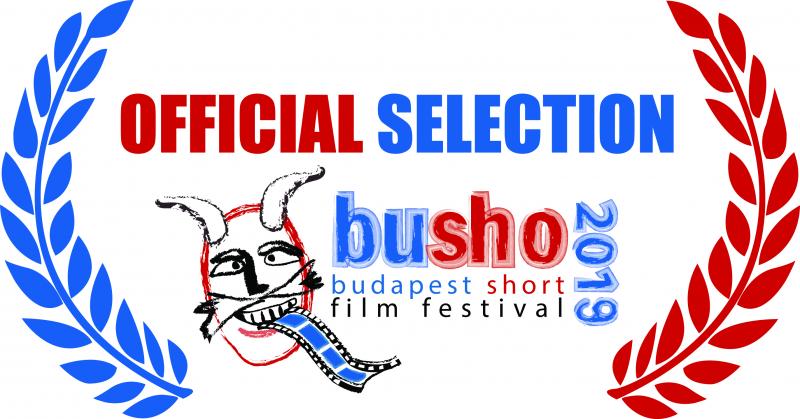 As you could read about it before on our website, we received almost a thousand submissions by the april deadline, from which the competition and panorama programme of the annual 15th BuSho Festival has been selected thanks to the tireless work of the 5 member pre-jury. The colleagues of the pre-jury have years of routine selecting films, so they were not surprised by the excellent selection that they were presented with this year, which resulted in the 70 short films competing from 18 different countries at the end of August, which assembled into categories mean: 16 animated films, 9 experimental and 45 fictional short feature masterpieces. We will be accused of bias again, as the hungarians have delegated the biggest amount of films, 16 to be exact, they are followed by the usual top five Spain, France, Germany, USA and UK short films. Next in line are the rarities Latvia, Lithuania, And Mexico and also in line are Estonian and Italian and Swiss shorts which are also worth a mention with their three delegates each, just as Australia or Canada with two films each. At this point we don’t want to talk about favourites, but we have to mention this years Oscar winning short feature Skin, which is competing under the flag of USA with director Guy Nattiv, who has won the 2007 BuSho with his film Offside from Israel. Of course there are a lot of films competing from different film festivals, just as returning hungarian and international filmmakers have earned a place for themselves in the selection, which has caused a lot of headaches for th e pre-jury to complete. We have asked a few members of the pre-jury to comment on the films they have seen:

„We have received a lot of great films, and my heart is broken every time when a big amount of these films can not be presented to the audience because of the lack of time, but again, I tried to be more strict, although I was just looking for freshness and originality, a sin the prevous years. And the reason why we had a lot of amazing hungarian shorts this year? Because hungarian filmmakers, dealing with lack of financing for their films, are really considering a hundred times what and how they are going to shot for their films. We don’t have time to produce long, expensive and meaningless material, but it is refreshing to see, that there are countries, which have a lot of money for those kind of projects, too. First time short filmmakers are not feeling the rythm, the speed and the time yet, they only realize after, that they have let something roll for 20 minutes, when it could be told in 7 minutes, while the longer duration haven’t made the film better, or more substantial. I sorted those ones out.”

„Actually I am lucky. It would change any filmmakers life, If they would have to watch short films longer than 20 minutes, which could have told the same story in just five minutes. But the audience of Busho is even luckier: here even the longer films of the competition programme arent like that.

Apart from them, there was 2 brand new member of this year's pre-jury, Dorka Vermes, who was a delegate of ELTE on last year’s BuSho at the Student Jury and Adele Lengyel, filmmaker.

We couldn’t select everyone into the competition again this year, simply beacuse of time related reasons, but some have submitted films that they have sent to us last year, also, there were some that were not eligible with the conditions of the submission and there were several films that we just found on video streaming platforms in full, so of course we are going to have the panorama screenings, where we will screen all of the hungarian submissions.

We would like to warn every filmmaker that sees themselves on any of the lists, to send us the screening copy of their films, with burnt-in english subtitles and the other parameters below, about which we will send everyone a separate letter! If there are any technical or other questions, we are receiving those at the busho@busho.hu or at the webmaster@busho.hu adresses. Everyone, who wants to personally participate at the festival, can submit the accreditation on the webpage, or can write to the entry@busho.hu adress for further information.

Please double check your short’s details before and after submitting! Should anyone require some change or have something missing, they can make adjustments. Especially in case of length of film, email address of the director, and photos, because mainly these are what we work with.