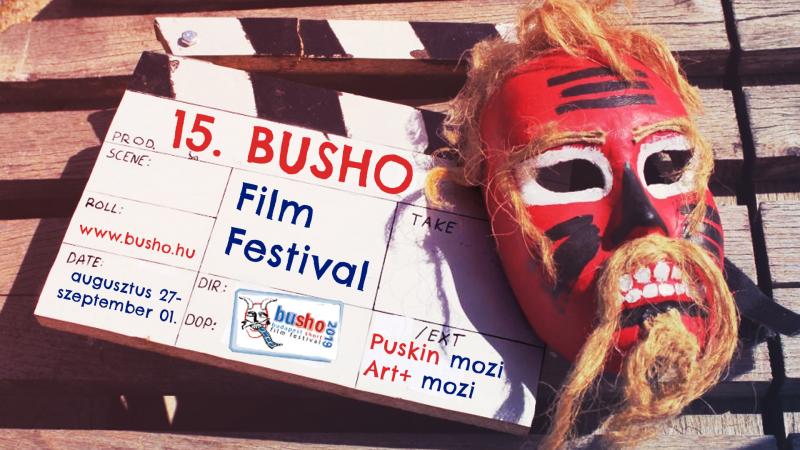 The compilation of the 15th BuSho Festival posed quite a challenge for our 5-members strong Pre-Jury, which they also reiterated in their summaries, and highlighted that the number of quality shorts exceeded the limit available for the competition programme. Indeed, if we take a statistical approach: 70 creations were selected as competition programme out of the nearly 1000 submissions, thus making up only 7% of the films screened by our selectors – but, naturally the time constraint is the main factor to take into consideration. Without too much of self-aggrandizing: they made the best choices and distilled the essence for our audience – for which we compiled a little appetizer from Hungarian creators.

Next to the Estonian animated filmmakers German artists will be in competition with several films, like Love me, fear me from Veronica Solomon, which is a dance metaphor about feelings, our roles and about the forms we create, or Nest, Sonja Rohleder's film about a naive bird of paradise. Of course there is no festival without French animation, so we will have Anne Laricq's masterpiece Il c'est passe quelque chose, which shows the last day of a long weekend at the beach, where everyone prepares to say goodbye and suddenly everyone sees everyone in a more attractive light.

Of course there will be some excellent experimental films in the programme, like El sueno beato, from Daniel Pantaleón of Spain, in which beach sunbathers witness a mystical experience when they notice a mole visible on a weird man's body – but not only visible, its shape resembles the Virgin Mary. This singular interpretation of biblical beach-feeling can be a rare gem of this year's festival. Then Italian Luca Cioci's experimental short Medium Rare analyzes the collision of functional and aesthetical values.

Swiss director Zoel Aeschbacher takes us to the sad, graffiti-sprayed world of block houses in the film Bonobo which only becomes sadder as she follows a disabled senior citizen. Edward Burgos's Boyplay is a reflection the life-and-death fights of children living in a boarding school.
Two German ladies, Alma Buddecke and Marleen Vain have their film Hot Dog at the Baden-Württemberg Film academy, in this film Hannah's sexuality changes in a second as she discovers the vibration function on the Playstation joystick. It's a paraphrase of emancipation. Russian Anton Mamykin's film White Mark shows us life under the ground, when a romantic coal miner and a daydreaming buffet lady meet. It is a crucial watch for every coal fan!
Collective ME is an ironic comedy from Latvia about lies and losing faith, in which a small village paper factory is awaiting the visit of the ministry. In the very British film IF <Girlfriend Deluxe> director Steve Moss reflects on the perfect girlfriend, then Alejandro Saevich in Mamartuile shows us the last days in office for the prime minister of Mexico.

The 15th BuSho International Short Film Festival will start on 27 August 2019 with parallel screenings in Puskin Cinema, Art+ Cinema, the Italian Culture Institute of Budapest, and in venues in the country side: at Búgócsiga in Sopron, in Modem in Debrecen and in Szeged Grand Café! www.busho.hu