HUNGARIANS AROUND THE WORLD 2. 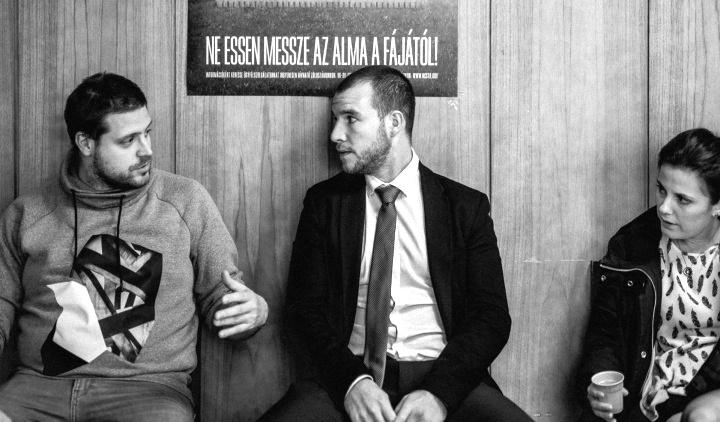 The 2020 BuSho best Hungarian short film selection tour continues and as a result of many years of work, Hungarian shorts have appeared at new events. Thanks to the staff of the Cultural Institutes of Foreign Affairs around the world, various international inscriptions are made in a row, which can be followed by visits to the institutes and then visits to local festivals. This time, Sofia was one of the first to react, where in mid-February the screenings were held in 4 installments due to the epidemic, which was commented by the local organizer Nelli Dimova: „Professor of the Bulgarian University of Film and Theater Arts, Ivan Ivanov doc. spoke again about films and about the festival at the Institute and on the Bulgarian National Radio. Thank you very much again for the opportunity. The presentation of BuSho's Hungarian winning films has become a tradition in Bulgaria/Sofia, and people are already waiting for the next screening. Those who came to us newly and first "met" Hungarian short films were also interested on the previous screenings." Following the screening, we sent copies with Bulgarian subtitles to the In the Palace festival. It has also become a tradition over the years for the Kiev screening, which was not missed this year either and this time hosted by the Kinotheater Lyra on Thursday evening, February 25th. Local chief organizer Tamás Viczián assessed: “The show went super well, there were about sixty, the cinema was already starting to worry that they would not be punished for the crowd. Unfortunately, the pictures in the dark didn’t get good with the phones. We will have our next BuSho screening on March in Khmelnytsky, a city in western Ukraine.” Here, too, we forwarded the now Ukrainian subtitled films to Lemberg for the Wiz-Art Festival. At the end of March, a selection of the best Hungarian films of the last BuSho festival was continuously screened in Ljubljana in the form of a pop-up installation for 2 days! During the rotating screenings, those interested could browse through the BuSho catalogues of previous years and also listen to a short performance by Matevž Jerman, co-founder of the FeKK festival, to which we immediately transferred the films. The bomb news also arrived at the end of March: Gábor Holtai is in competition at the Oscar nominee CIFF in Cleveland, where we also had a BuSho presentation in 2018, and since then they are happy to cooperate with us, fingers crossed!