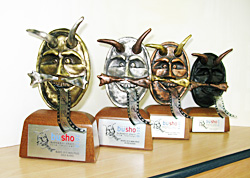 Awards of the National Student Jury

The main goal of the National Student Jury is to authentically represent the opinions of film university and college students about film. The 4 delegating institutions are SZFE, ELTE, MOME and METU. There will be 3 special prizes at the BuSho Festival.