PREFACE TO THE SWEET LITTLE SIXTEEN 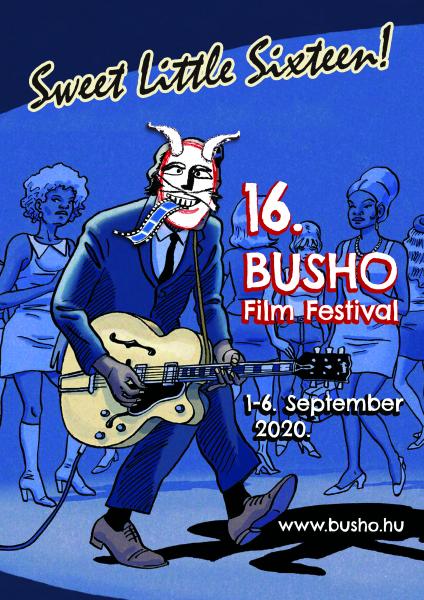 Before submission oppurtunities are open for the 16th annual BuSho Festival, we take a little look back at what happened to us in the autumn, since the last festival ended. First we would like to thank the General Department of Hungarian Institutes Abroad and also the help of the Institute employees (Moscow, Paris, Stuttgart and Riga) for accepting and presenting the awards for the filmmakers who couldn't attend the festival. Of course there were award recipients to whom the award for posted forand considering the Hungarian Post Office,(in a short period of time three of our packages were sent back with ,,Adress Unknown" notifications, no comment, thanks anyway). Its always risky when Mexico, the USA or even Spain are the destinations for the packages, but as it is shown below in the Gallery, fortunately we succeeded this time. As we reported earlier on our website, we continued doing presentations of the best hungarian short films, when we were given the oppurtunity, we did it personally. So now we're only listing the destinations, providing a link to those that have their own articles already. So we started in September, going to Brno and then to Porto, then the furthest East followed with Beijing, and a little closer Izmir in Turkey, twice in a row, as we also returned to Porto with a female film selection. At V4 partner Rolan Festival, which was held in Yerevan we participated with the biggest delegation of 3, while the Hungarian Filmdays in Baku were held at the same time, last but not least our oldest polish partners was waiting for our delegte for a jury member in the city of Gdansk. The latter, also known as Euroshorts Festival, is also a member of a brand new shortfilm festival network, which was put together following a long process of preparation during this fall, and about which we will inform you in detail in a separate article. And now according to the old pioneer team cheer, there is nothing left, but "Forward, Steadily!" and now let the 16th submission period follow, we are looking forward for the great short films, so that the 2020 can arrive, the calendar of which is already packed with entrys!