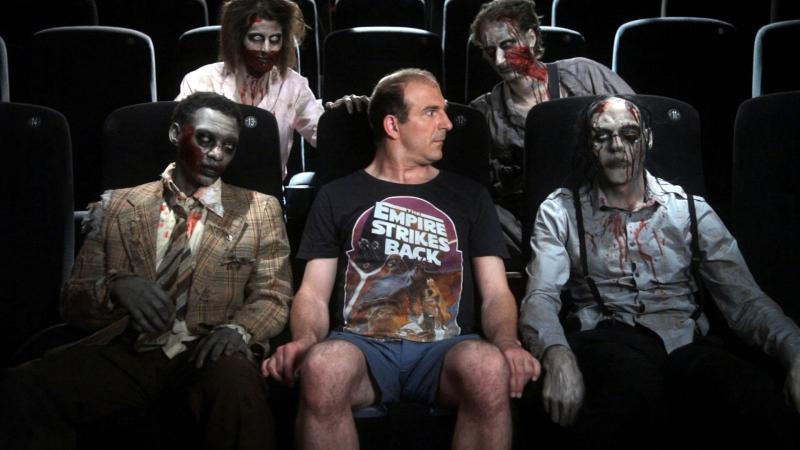 And now let’s see the announced pre-jury reaction, this time with newcomers debuting alongside our routine colleagues who have been working for a decade, but as you can see from the reactions below, they threw themselves into the short film sea with great vigor! We would like to thank them for their conscientious work, which was one of the most significant moments in the complexity of the Festival again!

Annaida Orosz graduated from the Faculty of Arts of the Eötvös Loránd University in 2011 with a degree in film history and English. She is currently a student at the Doctoral Program in Film, Media and Cultural Theory there. Her research interests include the theory of animated documentaries and the history of Hungarian animated films. "This year's production promises: heartwarming and heartbreaking personal stories and pinpoint, witty social insights - including plenty of strong films from current and former students at the Prague Film School."

Ágnes Böjte graduated from SZTE in 2003 with a degree in communication and in 2013 from MOME with a degree in media design. She has worked as a television editor, assistant in feature and documentary films, and as a production manager. She led and edited a film radio show for seven years, currently teaches film production at METU and leads the film club for mobile universities at Trafó. “I have been paying attention to Hungarian shorts for decades. They give an essence to our eternal and actual human struggles that always finds me very deep. This year’s field might have a slightly darker or rather more relentless mirror. But that's it, we live in it. "

Éva Török graduated from METU in 2018 as a creative producer, and has since been involved in motion picture production in various productions and positions, usually on the production side, but sometimes also in directing, writing and dramaturgy. “The BuSho pre-judging was one of the most intense and important film experiences of recent times for me. Let’s face it, a sane person doesn’t necessarily watch a 100-hour short film in a few weeks, but this opportunity to see what’s going on in the short film world, and I even had to form a definite opinion about each work, wasn’t just the most useful quarantine program, which could have been invented for me, but it also provided an unparalleled lasting experience. ”

Levente Galambos, cinematographer, editor, currently a student at the BME Optomechatronics specialization (I think he makes optical lens vegetables with film paste), in 2019 he was one of the five winners of the European Commission’s EU & ME “Young Filmmakers Competition” film competition. “It's hard to sum up my first time as a pre-jury. I saw scenic films, I saw good films, sometimes I cried from laughter, sometimes I was just gazing at the screen, and sometimes I felt someone just stole 30 minutes from my day. But finally, when I finished the selection, the next day I wanted to watch some more films again.”

László Rimóczi, not an easy diver, but an artist, a wine knight's tournament and steep tales & screenwriter. "I still believe that a talented director is also a talented spectator: he sees what shows well on the canvas and what doesn't. Many creators take a more decisive approach to compression and see the time limits and measures that the genre still endures. Many They tried this difficult one-day technique this year, but it also needs a transparent story. The Hungarian section will be very strong this year, and the festival as a whole will bring the usual quality, flavor and atmosphere of the years."