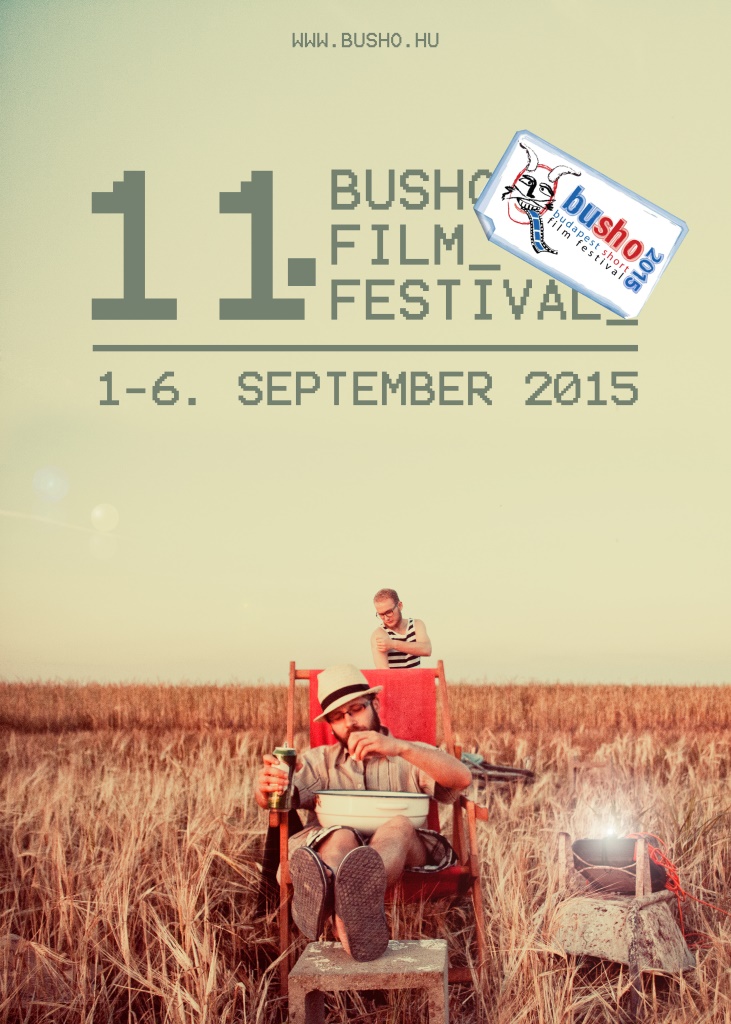 The second decade of the Busho International Short Film Festival will begin in the first week of September. In the past decade, - parallel with the technological developments - incredible changes have  manifested themselves at the festival. The last several years it has stabilized itself, and we have managed to bring a consistent quality from year to year, which the organizers have targeted in the beginning, boasting of nominations over 1000 short films, a lot of partner festivals, foreign presentations and with outstanding high-quality short films on an international level as well.

Our statistics displayed 1200 shorts from almost 80 countries, our pre-jury, consisting of 6 members - Rimóczi László, Mester Ákos, Csüllög Edina, Dér Asia, Orosz Annaida, Patrovits Tamás - performed the screening in a 3 month-period. 68 shorts made it into the competition (representing 28 countries), beside the largest European countries we had submitters from Azerbaijan, Bahrain, China, Iran, Malta or Taiwan. The 3 countries that have submitted the most films at the initial entry are the ones who represent themselves with the most films in competitions as well, Hungarian films being in pole position utilizing the home-court advantage. Nevertheless, the casted shadow of match-fixing is quickly dissolved by the remark of Edina Csüllög, our pre-jury member living and working in Estonia: "I guess this year was a great year for Hungarian short films. I have not seen so many good films from them in the last years. The overall selection somehow was easier maybe because I was looking for real pearls!"

In the international jury, this time, beside  Wolfgang Leis, who is a German-born marketing professional living in our country (who has evolved in the meantime into a short film expert), Michael Havas, Czech / New Zealand screenwriter, film director, Daniel Vadocký, Slovak film professionals and the Hungarian National Film Fund International Director, Bereczki Csaba received invitation! In addition to the Grand Jury, the National Student Jury will evaluate the films again, they are , Gór Fanni with Asmon Stella and Marcell Martin. They will decide about the three main prizes, seven award categories, and the two special prizes that were awarded last year for the first time, but in addition to these, new awards were added to the festival again, and these are not ordinaryprizes!

Thanks to the Media Council, we will award two very valuable prizes for the best Hungarian short feature film and the best Hungarian animated creations, they will receive not less than 500-500 thousand forints! The Sziget Ltd.`s offer: weekly passes for a three-person crew with filming permit in 2016, and the American InkTip scenario development award, which means that the synopsis of the three winners selected by the Grand Jury will be made accessible for producers for free. 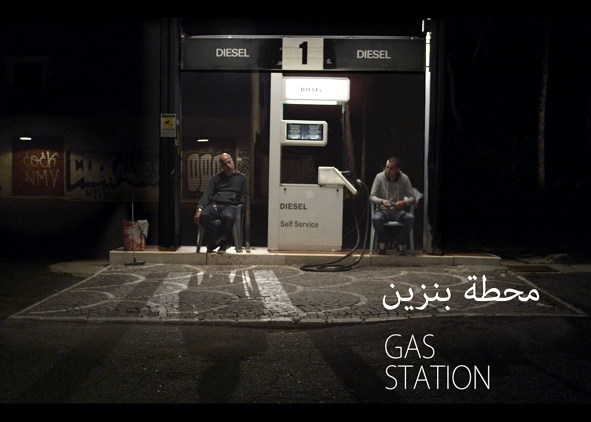 This year's competition program will feature a number of previous prize-winning works such as last year's European Film Academy Short Film category winner, The Chicken, Una Gunjak's film. The French Simon Morgan`s - Try to Die Young – film participated in several festivals, just as  De Smet, created by the Dutch artist duo: Thomas Baerten, Wim Geudens. We will be honored by the presence of Ardoino Laurent, the French war musical director of Amour et Commando, Alessandro Palazzi the creator of the Italian short Gas Station, , and Detsky Graffam from Germany with his film 90 Degrees North.. We could start the Hungarian list with Attila Bertóti`s animation, Mese, which won a couple of months ago the KAFF prize, but there are also several recurring filmmakers, like Gábor Hörcher, this time he comes with his film, titled Ricsi, or Dávid Géczy who will fight for success with his work, A győztes.

Some of the accredited guests are from Taiwan and Israel, but there are Italian, German, Austrian, Estonian, French, Slovakian and Czeh creators who wanted to participate. So we will have an amazing festival atmosphere during the first week of September, in Puskin Cinema, on Rooftop Cinema Corvintető and of course at our national and international locations, even beyond the borders of Hungary! In addition to the Tisza cinema in Szolnok, our recurring second national partner is the Búgócsiga from Sopron, and next to the Transsylvanian Oradea, lined up again Uzhorod from Transcarpathia, and Nové Zámky from Slovakia! 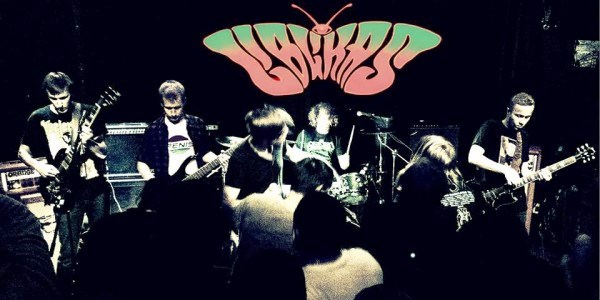 Beside the usual competition programme, information blocks, and Hungarian panorama screenings, we will have many more interesting activities: concerts (the British-Hungarian formation, the Thursday Blues Band, an Estonian hardcore band, the Liblikas, then and old classic, the Sonia és a sápadtarcúak) and other programmes, and for the fifth time in Hungary, only at the BuSho festival: the European Film Academy’s films will be screened as well! Furthermore, besides the usual section called „IVF 4 seasons in 4 days” - thanks to the Visegrád Fund, our main sponsor - and the presentation of Hamburg Media School, for the first time we will present an international documentary collection, collected by Simonyi Balázs, our specialist.
Beside BuSho Festival we carry on in 2015 with the usual workshops we held over the years such as the winter-time event, Spot&Poster in Oradea and the summer multicultural & multiart group therapy in Gombolyag. For the first time the „Under The Moon” project will be presented as well that took place in four countries in the past year, organized for young filmmakers and the screening of the film competition, named P2P//:1989, organized in cooperation with the Balassi Institute in New York. 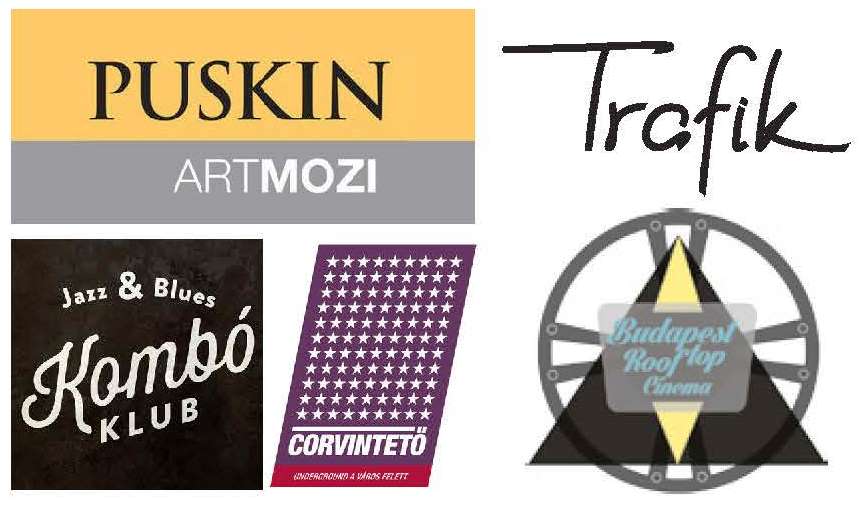 You only need to buy tickets for the films in competition, even in the case of advance purchase, we have discounts for students and pensioners; contact details can be found on the festival's website. As we do each year we have arranged the competing films into 15 blocks, which are screened on the 3-4-5th of September from 1 pm in Puskin Cinema, and there will be repeated screening in the evening at Rooftop Cinema Corvintető. We are all waiting for the film buffs for the 11th Busho Film Festival beginning on the 1st of September at 19:00 with the opening ceremony and the presentation of last year's award-winners at Puskin cinema. The festival closes on September 5, Saturday at 19:00 with the award ceremony, where all of this year's prize-winning works can be viewed.

Finally we would like to thank our sponsors for making it possible to organize the event for the 11th time. Our main sponsor is the International Visegrad Fund, our sponsors are Biogroup Hungary Ltd., the Hungarian Academy of Arts, the Austrian Culture Forum, the Embassy of Israel, the Slovak Institute in Budapest, Staropramen and the Czech Centrum. Our cooperative partner, the Budapest Festival and Tourism Center offered Budapest welcome packages, our projection-technique provider is AV Planet, furthermore Balassi Institute and Mentha Internet. We are grateful to our Award Sponsors: Solide Art – the creator of the main prizes, National Media and Infocommunications Authority, the Sziget Ltd. and InkTip. Our Media Sponsors are Filmvilág, Filmtekercs, Fotovideo magazine and Radio Klub.