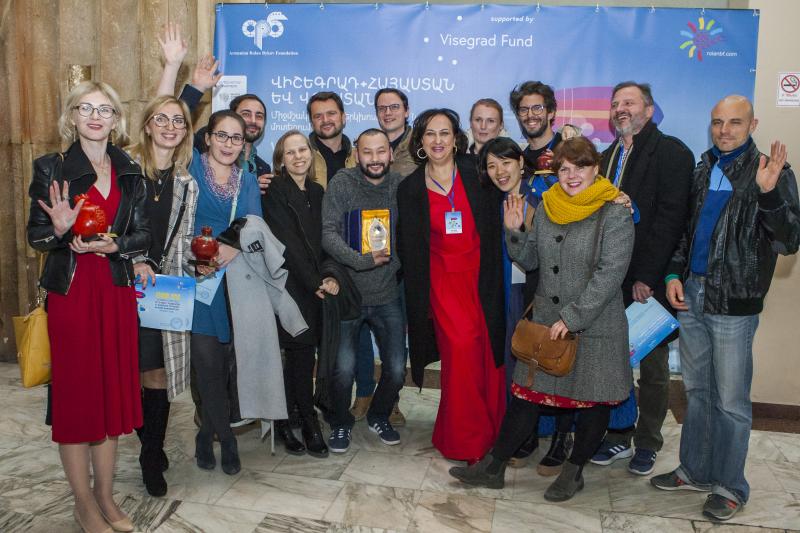 For the third time in a row BuSho was the Visegrad partner of Rolan Bykov Film Festival in Yerevan, where we took part with largest -3 person- delegation up to date! Balázs Simonyi director presented his animation film Lajos & Laci. Nándor Grosch was present as the Head of Kid's Eye Film Festival and held a workshop for small children. Charlotte Symmons as a representative of BuSho, had a discussion with youths and proudly presented Katapult (part of the 15th BuSho selection) from Balázs Szövényi-Lux. You can now read Charlotte's personal report! 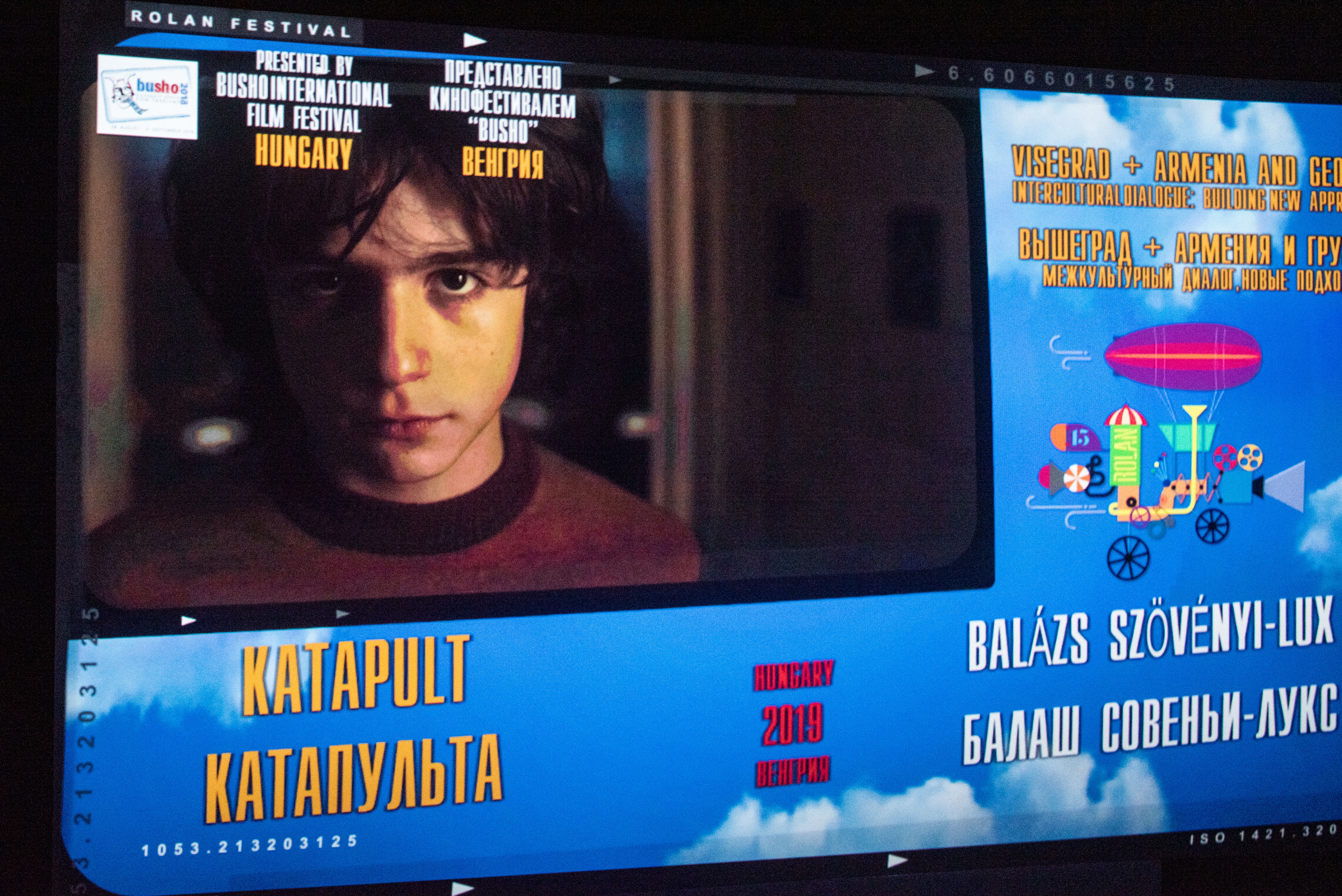 I am very glad that I could attend Rolan Bykov Children’s Film Festival in Yerevan, as my great-grandfather was an Armenian, that emigrated from Istanbul in the mid-1890’s and I have always wanted to visit my “roots”. I was very impressed by the organization of the Festival, as it was executed perfectly, and I would like to thank Zaruhi in writing as well for her efforts. On arrival the volunteers greeted us at the airport and we where brought to Hotel Imperial to recover from our flights. We also had the first day to recover from jetlag and to walk around Yerevan. At noon we met up with other participants of the Festival, amongst them the V4 Participants. With them we later explored the city and ran into an Armenian folk dance flash mob close to Republic Square and visited a local market. We had the chance to the ride the subway on our way back to the hotel. We quickly changed and rushed to the opening ceremony. The ceremony was quite long (according to local custom) but had several highlights. After the opening there was an amazing dinner in Tsirani Home Restaurant, where several of the guests started to sing in praise of the event.

On the second day we went to Vanadzor (in Northern Armenia), and en-route we visited Lake Sevan and the Sevan Monastery. At Sevan Monastery I decided to make a wish by letting a dove fly away, which was a very special moment, as I was helped in negotiating for my dove with a local man by one of the volunteers from the festival. We could also observ local arts and crafts in the booths close to the lake. Lake Sevan was a unique experience, as it is close to heaven touching earth. When we arrived in Vanadzor, we went straight to the cultural center. Here we took part in the opening of the V4 exhibition, where local children drew pictures, of how they imagine V4 countries to be. A Czech producer took a particular like to one of the paintings and decided to buy it if possible, because he was so enamoured by it (during the prize ceremony the child in question offered the painting as a gift). The painting where very interesting, but where drawn according to the local style. We also became a tour of the cultural center, the carpet making room was absolutely amazing, and the children’s work looked like a masterpiece. After the exhibition we went to a nice restaurant, where we got to know the volunteers more closely. We discussed some peculiarities of the language, as well as culture, before moving on to visit the Alphabet Monument en route to Yerevan.

On the third day the Hungarian Team was taken to Gyumri to a local school for a discussion with students about the filmmaking industry, later on we also visited an orphanage to give make an introductory film-making workshop for the children living there. The school children where very shy at first, but later on got very enthusiastic about asking questions about the film industry. The children in the orphanage at first were also very shy, but Grosch Nandor (a Hungarian guest of the Festival delegated from BuSho as well as the director of Kid’s Eye Film Festival) quickly warmed up the children for the cooperation. One of the local girls immediately took control of the situation and became the director of the joint project, which ended 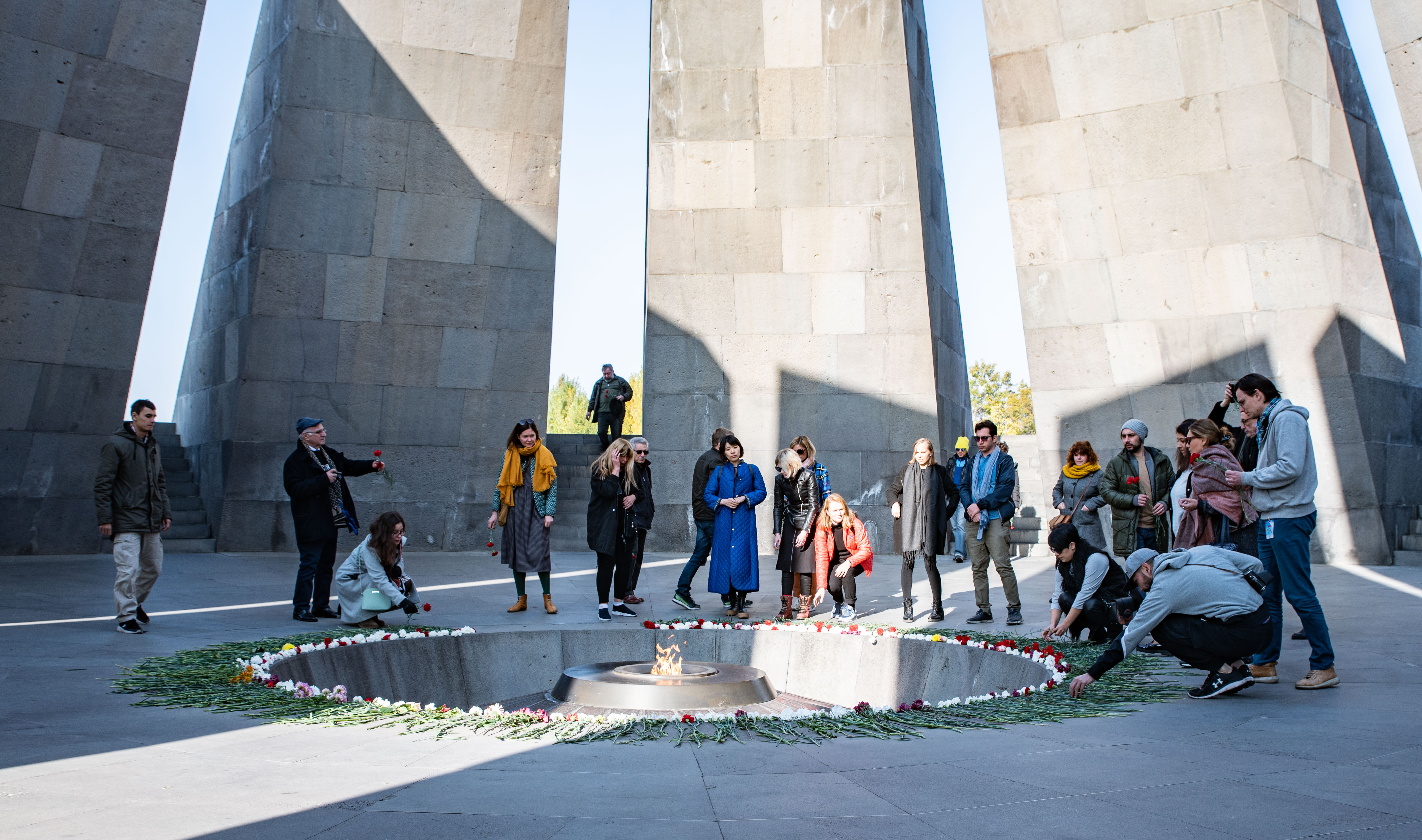 quite fruitfully. For the night we returned to Yerevan again. The fourth day we had to ourselves to explore Yerevan again. I decided to meet a local friend and then I went to see a movie from a fellow guest Abdel Fiftybaev (he later on won the prize for best director from the CIS Countries for this movie). After dinner we found a bar, where we celebrated the birthday of a man sitting at the neighboring table.

The last day we went to visit the Armenian Genocide Memorial center, where I understood, that my great-grandfather escaped the Ottoman Empire after the Hamidian Massacres, but before the Armenian Genocide. I also learned several other interesting facts about Musa Dagh, or Operation Nemesis. We also visited TUMO center, which is a learning center for youth above the age of twelve interested in multimedia studies. The institution is free of charge, and the initial phases of the programme are based on self-learning. The last day was relatively event packed, as after a short lunch we visited Geghard monastery. After our visit we were immediately rushed to closing ceremony. Here we could congratulate many of our fellow attendees, and also help to accept some awards for them from the V4 group. 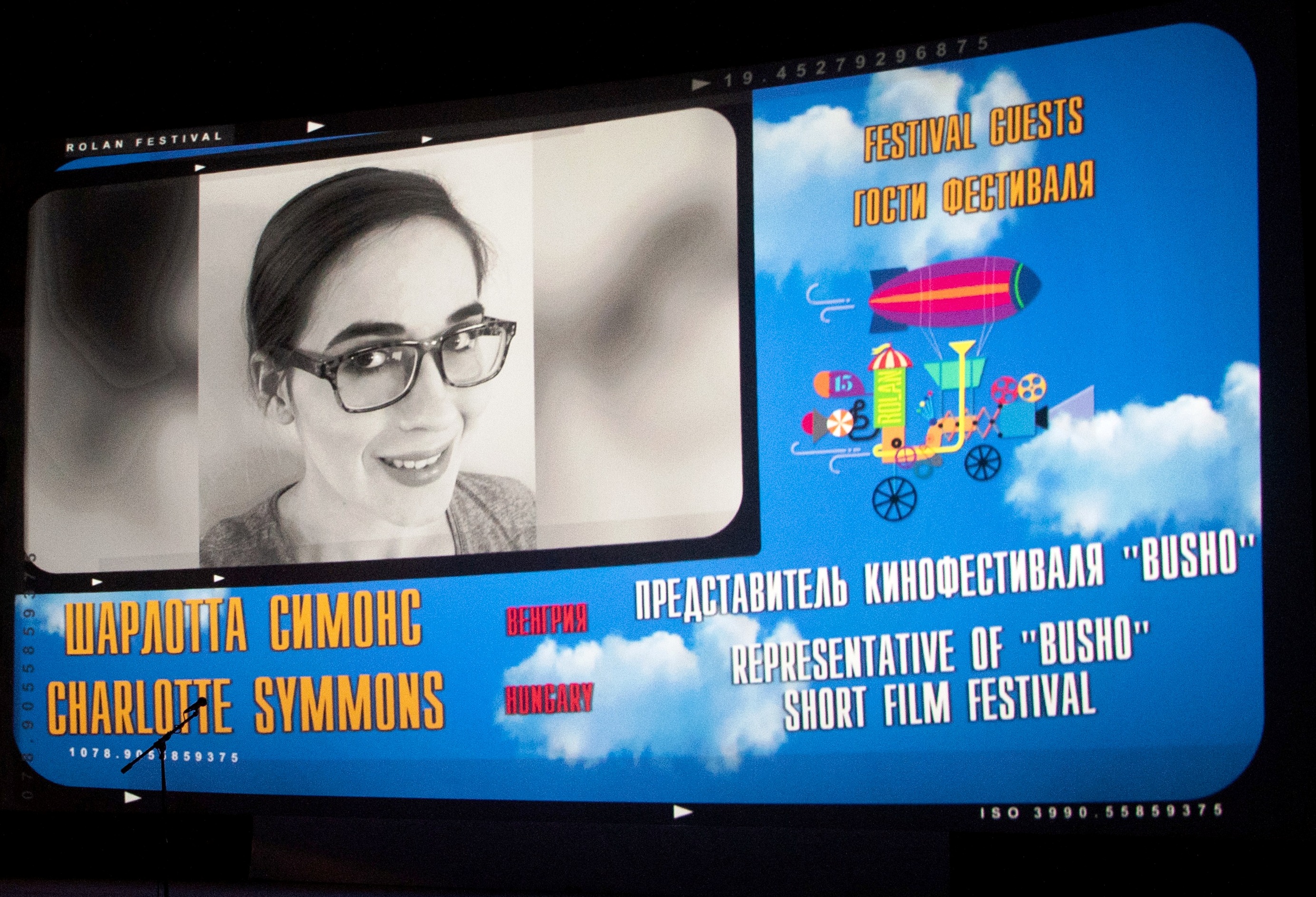 As we needed to wake up really early the next morning to catch our flights, none of us really slept. But all of the members of the V4 team received a wakeup call and made their flight. There were two different flight for members of the V4 team from Yerevan, but we still managed to meet before the flight at the airport and say our goodbyes in person. Once again, I cannot thank the organizers enough for the opportunity enough to help us attend this event, and we hope this cooperation will exist for many, many years, as it opens doors to intercultural dialogue in a very unique way. 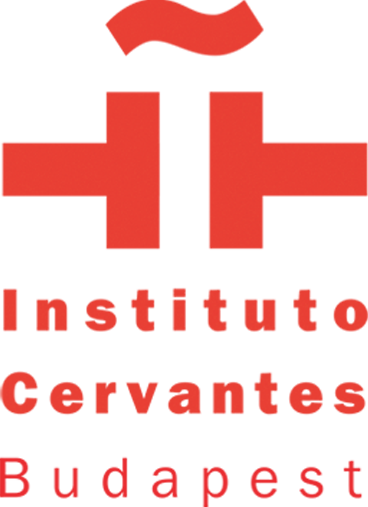