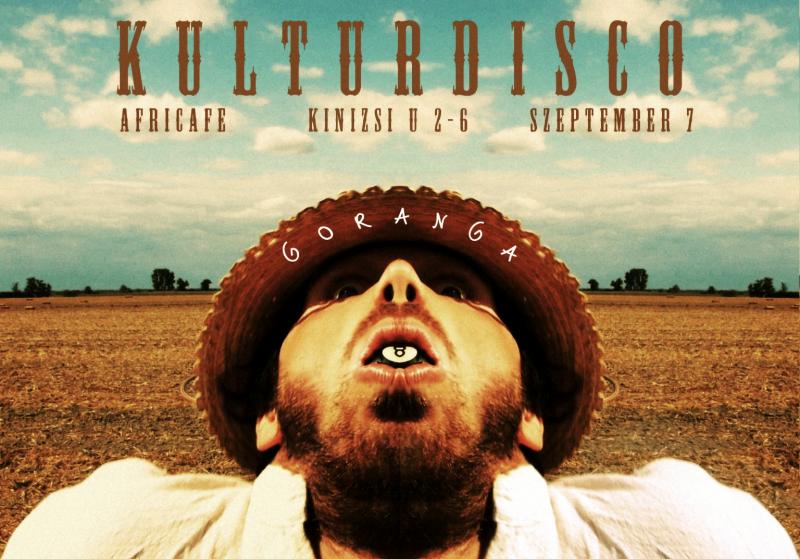 BuSho (The Budapest Short) International Short Film Festival welcomes the lovers of short film for the 8th time and now in 7 cities between 4th and 8th of September. The main venue and screenings again will be held at Vörösmarty cinema in Budapest, where exhibitions, best of partner fests, light show and short film nominees of the European Film Academy will be showcased beside the competition and information screenings.

If it was the toughest task of the history of the festival for the pre-jury to select last year, then what should we say about this year: 1844 entries with over 400 hours of screening from 80 countries of which 86 made it to the competition program, the breakdown is 12 experimental, 20 animation and 54 fiction. Nevertheless to mention those who selected them in a tiring length of 2 months: Asia Dér – freelance video maker, Annaida Orosz – festival curator, István Mag – assistant director, László Rimóczi – screenplay writer and Tamás Patrovits – animator. There will be some international award winner pieces shown in the competition program and again the German, Spanish, French, British and American films make the majority of it, but some unique shorts from Estonia, Iran, Turkey, New-Zealand and Finland also can be seen.

Following the work of the pre-jury we usually have 2 jury member taking seat of the main jury, but since the mysterious standoff of the National Student Jury, the final decision is on the hands of the International Jury members. The line up is full of outstanding experts: let’s start with the Hungarian member the almost-needless-to-introduce Éva Vezér ex head of Filmunió, Nicky Gogan fim maker, producer and programming director from Dublin, Zoran Smid, media tutor and nevertheless Wolfgang Leis  marketing expert the only permanent member and co-ordinator of the jury. So they will be await for you film makers on the evening public jury consultation which is one of the mental peaks of the festival each year. They will, as usual decide the winners of the 7 categories and the 3 main prizes which was manufactured by Solide Art. Thanks to Budapest Film Academy we are going to hand out a new special prize this year, in a form of a scholarship to support youngs with intention to art. The winner of this can apply to any of the 5 courses starting the following year.

Traditionally BuSho Festival ensures a spot in the schedule of the information/panorama section to the shorts that could not make it to the competition program. This section also has a strong line up though. We continue to showcase all registered Hungarian pieces as well.

As soon as the final and detailed screening schedule was made the accreditation deadline was over too, and again a lot of guests applied to be part of the show from abroad. For them, the morning events will again be held, such as sightseeing from an oldtimer bustrip, visit to the House of Parliament and bathing.

The organizers though trust that the Hungarian film makers will also present in numbers beside the foreign visitors. The screenings will be held in the central venue, Vörösmarty cinema in Budapest parallel to the others in the countryside: Tiszap’Art cinema in Szolnok, Elit cinema in Sopron, and abroad: Oradea - Romania, Kanjiza - Serbia, Nové Zamky - Slovakia and Uzhhorod - Ukraine.

Obviously the side programs cannot be left out of the show: showcasing the bests of partner festivals (Kerry, CologneOff, Faludi), presentations of workshops and other film competitions, exhibitions, music concerts in Trafik, cultdisco and the debut of the Pharos Lighting light tech show which is highly recommended to film and teathre technicians and trade press executives.

The once-head of the jury of our animation workshop in 2007, Csaba Varga who suddenly passed away not long ago. He was an animator, cultural researcher and writer. In honour to the great work of the maestro, we will show a selection of his most successful films.

The previous year’s nominees of European Film Academy can only be seen at BuSho Festival in Hungary for the 2nd time this year. Although there is no Hungarian piece amongst the nominees this time, but it has a great feedback for BuSho’s last year jury: both the golden and silver BuSho award winners from last year were selected into this collection. The poster exhibition of Polish graphic Wojtek Korkuc will be on display in the cinema during the festival and in Balassi Institute afterwards.

The musical line up of BuSho will be really colorful with new and returning bands, every night at 10pm in Trafik Club. Deep Husky’s experimental show for start after the opening ceremony, followed by Yellow Spots M.D. and FitFat trio the day after. Abszolút Hallás’ gastropunk on Tuesday, International Hardcore Night of Trafik on Friday and finally the every-year-successful Ez a Divat closing the music show of BuSho on Saturday. Cult disco at Africafé (in the basement of Kinizsi College), a dance-till-dawn event with all BuSho team and guests to be present, and DJ Goranga from Miercurea Ciuc, Transylvania drops the bass.

Tickets only needed for competition screenings, everyone’s warmly welcome to the festival where screenings start on Tuesday afternoon already, though the event officially kicks off with the opening ceremony at 7pm on Tuesday the 4th, followed by the award winners of last year on screen, only for the award ceremony to close the whole event on Saturday also at 7pm, where all this year’s award winners will be shown.