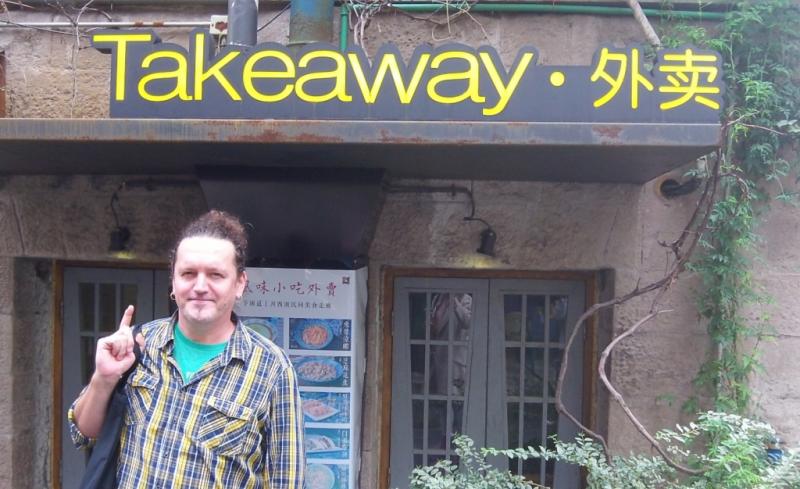 Somehow from the start it reminded me of the film with the same title by later favourite HMS presented at the 2006 2nd Busho Festival, when following a 2 year tug of war, but cleared only 3 weeks before leaving, that we’re headed to the Far East! Special thanks to Dr Buslig Szonja, the Director of the Cultural Institute, for keeping up this international relationship and for letting us know before the travel that because of chinese censorship this visit is only the preparation of the hungarian shortfilm presentation next year. The Peoples Republic of China is the most populated country of the planet, the last census counted a population of 1.4 billion. Its captial, Beijing, is not even the biggest city in the country with its 23 million 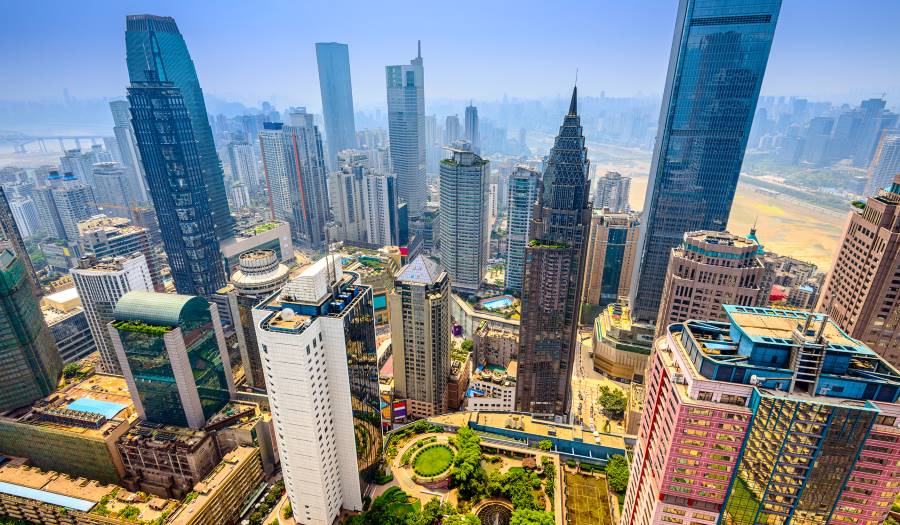 souls, as the city visited by us midweek, Chongqing, counts 32 million souls, but I was still struggling to understand the difference between city, county, and province.

The flight from Budapest to Beijing took 9 and a half hours, where upon arrival you get your fingerprint and iris scanned, get your entrance card and visa checked again, then get asked where you’re headed, what are you doing where do you live and anyhow! My first impressions heading to the hotel where that the autopark is pretty cool (including the chinese manufactured BYD, which transported me too) I had the same thoughts about the road network and the whole infrastructure, then I couldn’t decide whether it’s smog or steam, but the tap water is not drinkable anywhere, not even in the poshest hotels.

I didn’t have a lot of time to think because just after finding our places we went straight to the International Student Film Festival of the Beijing Film Academy, where we were greeted by our hungarian connection, whos doing her masters at the Academy, Vízer Rita, who says BuSho Festival was life changing for her ten years ago, when she spent two seasons with us at Vörösmarty Cinema! We dived into the crowd of the budapest district sized school, where we found studios, shops, restaurants, appartements, and of course a huge cinema, where the first day of the festival was held. We had the the chance to see some very well crefted works, such as Nellie from Slovenia, Mascarpone from Germany or Extreme from Russia, and a hungarian film, Salty, sweet by Hajmási Péter was also in competition. Of course I tried to understand the melodramas of the local filmmakers, with mixed results, but sticking to our goals we got to an agreement at a meeting with Helen, the programme director of the festival, to do an exchange programme in 2020, following this years exchange institution the Danish FilmSchool. 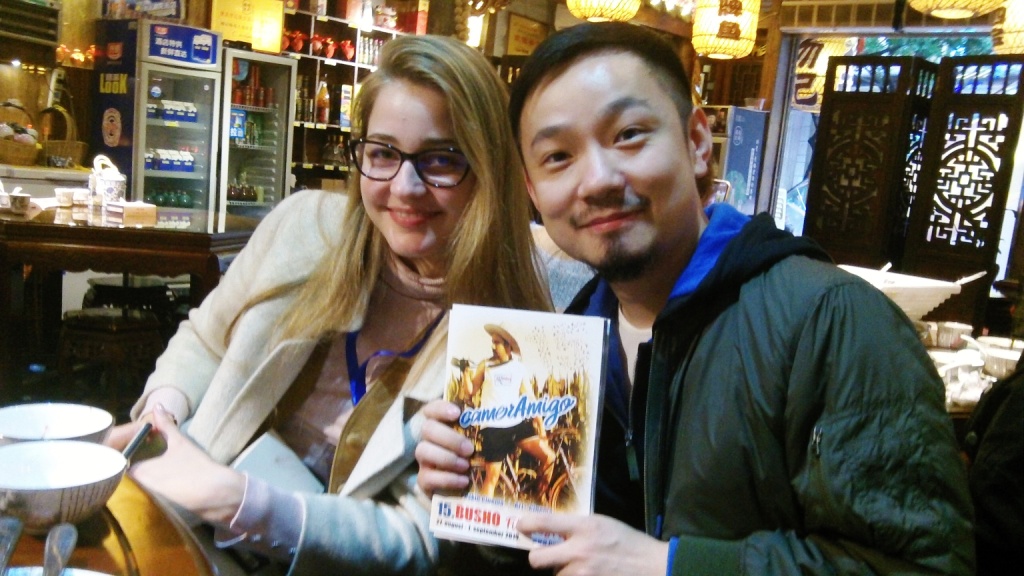 Suddenly Wednesday morning came, which meant that it was time to go to Chongqing, the hotels car took us to the airport because of the early morning departure time, which we were reminded by an envelope slid under our door, the letter in which said in hungarian a chinese: ,,…there is a car that is waiting on the door of the hotel.” Thanks so much, guys! And If we suggested Beijing was a big city with its 15 subway lines, then I don’t know what to call this? This metropolis built at the river Yangtze is considered to become the biggest city in the world soon, where brightly lit skyscrapers and poorly constructed block houses live well next to each other. Anyhow, we were very warmly welcome at the 6th annual Chungking Youth Film Festival, and the director of the Festival, Mr Zhing personally greeted us and he guided us himself throughout the whole visit. In the end we also agreed to a cooperation here, and we met an eastern festival organizing commitee from Hangzhou, who were also very enthusiastic. We thanked them for the oppurtunity and following a half a day long walk, in which we visited a house that the train 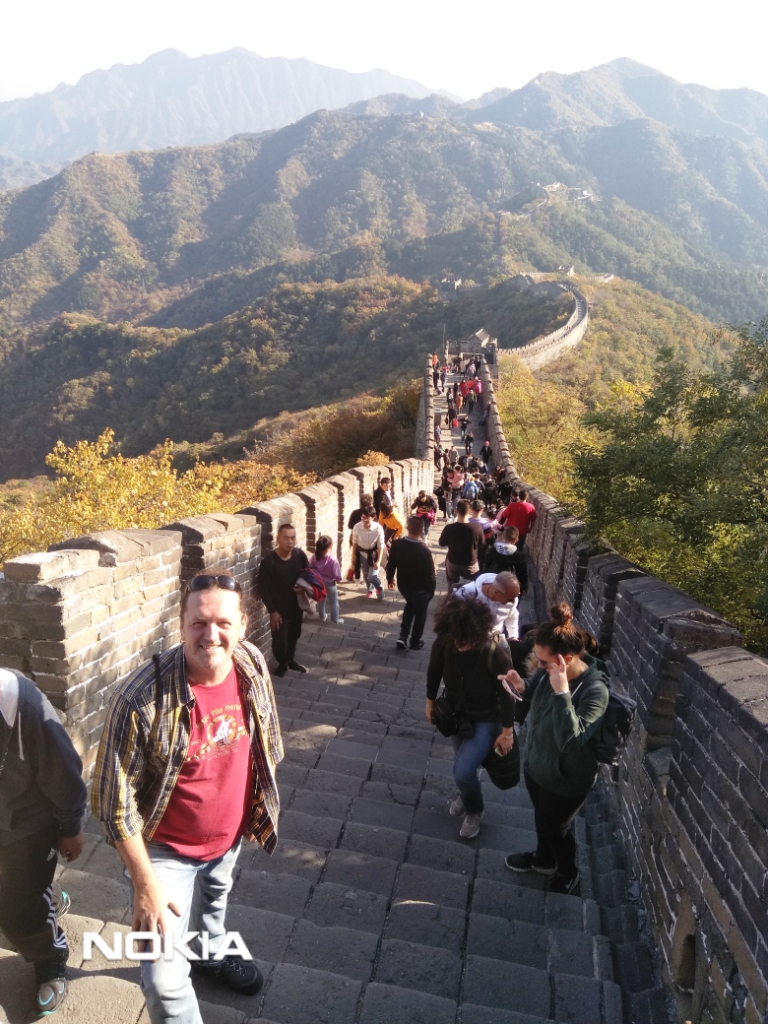 runs through and a few little miracles we went back to the capital, as Friday morning we had to attend a half a day lecture in two parts at the Institute.

The screenings and q&a conversations went really well and I will remember these moments very warmly. The next day, which was our only day of fin the one week tour, we listened to the words of Mao Ce-Tung: „those who dont see the end of the Great Wall, are not real men.” Of course I didn’t really care If I am at the end or the beginning of the wall I just wanted to see it with my own eyes. So a week flew by and so I flew back home, now the work can begin and we can start preparing the year 2020. First comes the translation and subtitleing of the hungarian shorts to the Central Censorship Commitee then we wait for the decision and we can start thinking about next steps. In this round we successfully connected with several festivals, who are also looking forward for whats coming up. Shieshie, which means thanks and Nihao!