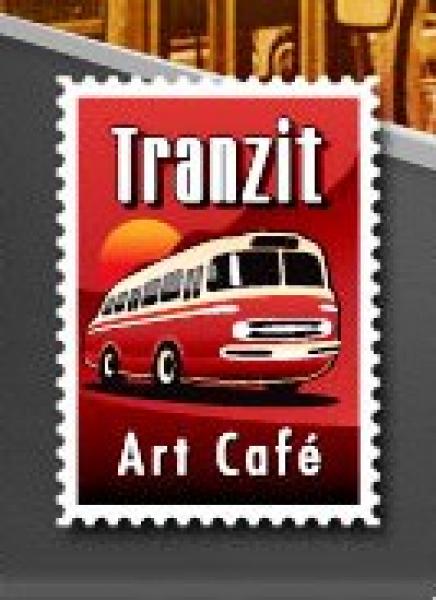 Fall has come, winter is approaching, and just as usual, we settle in various warm (what’s more, hot!) places till the arrival of the long anticipated spring fever, and entertain you wherever possible! For a beginning, on 27 October in  Artkatakomba you can see the awarded films of 2010, then the next day an animation selection on the occasion of the Animation World day in Tűzraktér. On 3 November Monday evening Tranzit Art Cafe programmes the best BuSho films from the beginnings (2005-2007). The 100 year-old restaurant of Solymár welcomes everyone on Wednesdays from November. Our permanent film club in Zappa Café (Szabad az Á), as usual, one Thursday a month, starting on 18 November. There we’ll have the occasion to analyse in detail the works of 2010. Detailed programme. 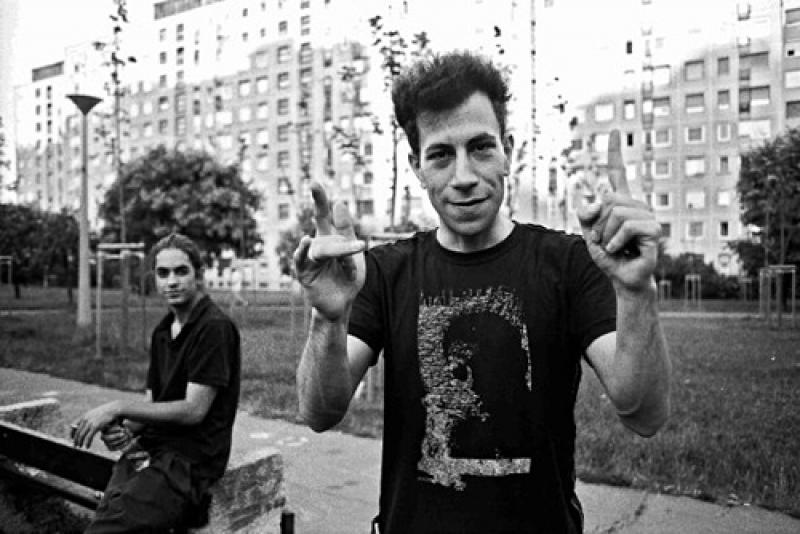 Each year once the festival is over the first thing we do is to make conact with partner festivals in order to promote ourselves by trying to get BuSho’s actual bests to be shown there. Sometimes due to short time scale between festivals we fail and have to wait another year. Just like at our first stop of BuSho tour in Drama Short Film Festival in Greece. Unfortunately there are two Hungarian festivals running in paralell to Greece one in Szolnok and the other in Szentes but we’ll try to be there at some stage. Then the avalanche starts rolling in mid October by visiting Brno as usual then on the world animation day at our new venue the Szabadság cinema in Oradea. In November the Hungarian Institute in Paris and the 25th year old Brest Short Film Festival will be hosting us. Then we ought to visit Euroshorts in Warsaw, Poland. Nevertheless in December we should go to Moscow and Sicily as well.

THE LAST DAY OF BULKIN AND THE 6th BUSHO 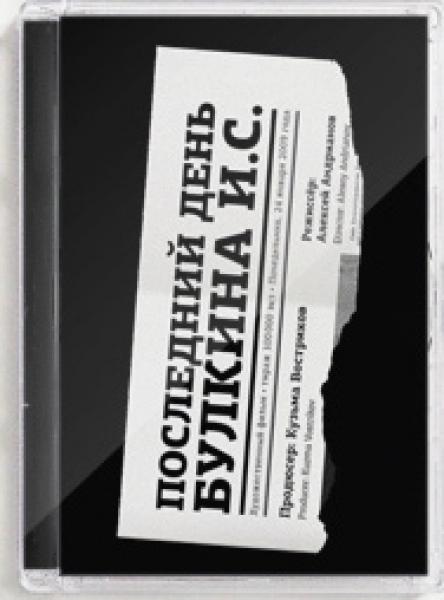 In 2010 on the 6th BuSho festival according to both the National Student and the International Main jury's decision: the Russian made ‘The last day of Bulkin’ took all main prizes and for everyone's pleasure these prizes were handed over in person as on behalf of the director Aleksei Andrianov one of the festival's guests Ivan Lopatin producer of the film thanked for the decision. The silver BuSho prize went to a 10 min. long Indian satire: ‘The flower bud’ directed by Shumona Banerjee gives us an insight of a weird relationship of a young transvestite prostitute and a straight out-of –job, obsessive, suicidal English literature teacher. Eduardo Chapeto-Jackson’s ‘The End’ won the bronze BuSho prize of which story is based on a real danger with negative utopia in a country that was torn apart due to lack of water. The further award winners! 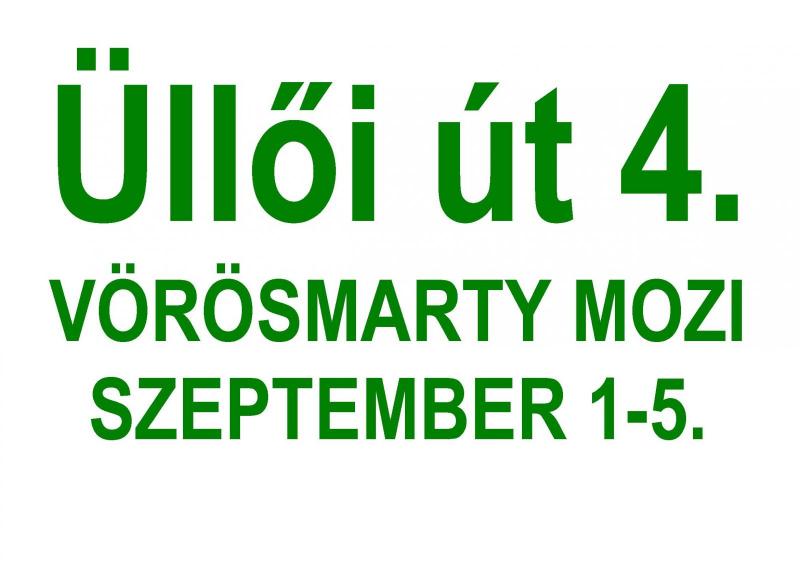 The winners announcement of this first timer competition was held ont he opening ceremony of the 6th BuSho and the spots have been showcased in front of a full house were huge success. There were 15 spots shown prior to each competition block screenings and the jury announced the winners. By the end of the week the public award winner was also revieled who just like the first three competitors took home a Sony Ericsson Vivaz mobile phone. First place: Riskó Zoltán: Felesút Second place: MeRiGalli: Üllői út 4. Third place: Samuel Vangerven: Sleep Walker Audience award: Zsély Csilla: Zúzós volt a nyár? 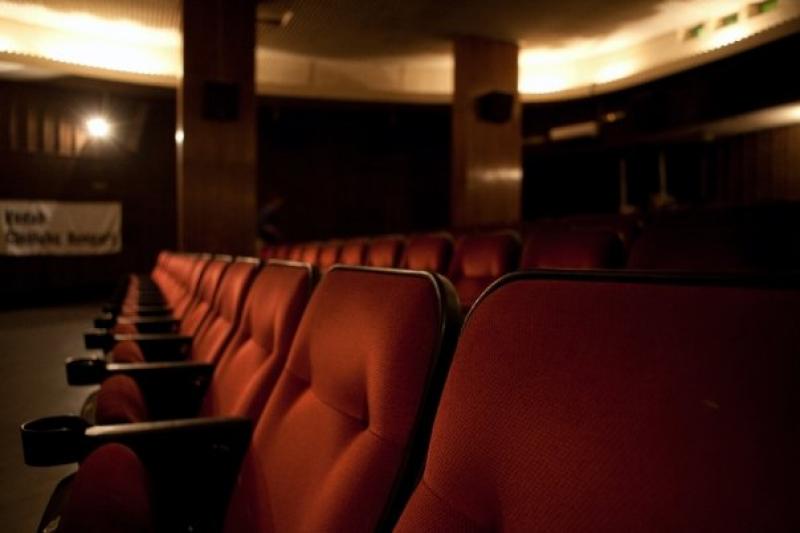 Finally here is the detailed screening plan, the entire festival program with concerts, exhibitions, bestoffest, everything! The opening ceremony coming soon, the first press release here, and the Detailed schedule here! Download the catalogue sides in pdf under the program button.

In 2010 for the first time we announced a spot competition of which goal was to shoot 6th BuSho’s advert spot on a Sony Ericsson Vivaz mobile phone’s HD camera. The mobiles were provided by the BuSho team to the competitors for 10 days each. We recieved 30 works in total. The 3 member jury (Orsolya Benkő, Killa Köllő, Péter Sirokai) selected the best 15 and those will be on screen prior to competition programs. The best 3 and the public award winner can take a device home. You can vote on BuShoFest Youtube Channel and on the BuSho Blog, where you can place your vote by simply liking the video you want to vote for. 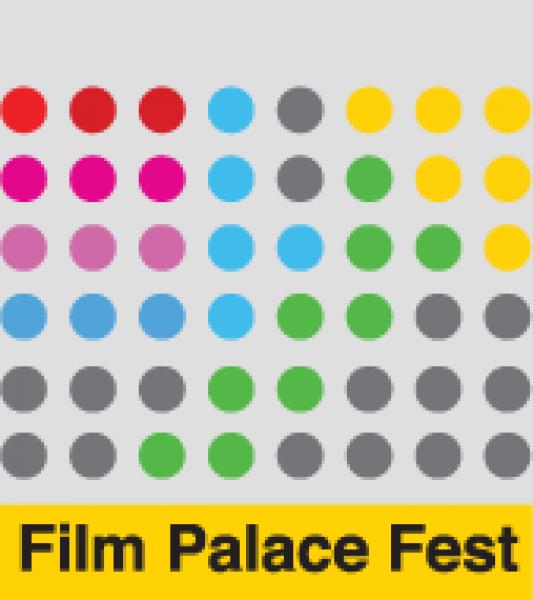 Thanks to our Bulgarian connection Tsanko Vasilev we had the chance to visit Balchik, Bulgaria twice and participate on In The Palace filmfestival where there were also a music workshop held beside the film section. With our go-between there were Beat Dis and Pozvakowski two Hungarian bands playing, followed by another invitation from the Spirit of Burgas where another gifted Hungarian band the Warn!ng from Veszprem will be representing our country. If things go well they’ll be entertaining us on BuSho as well. 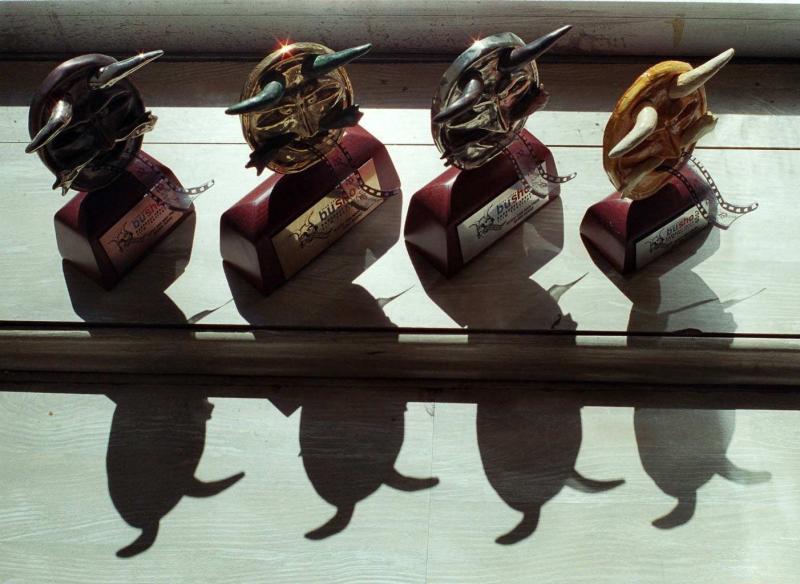 The pre-jury have made their decision: HERE IS THE PROGRAM OF THE COMPETITION 2010. For now it lists all the participants the screening schedule will be announced at a later stage. There is one award already decided who to go to, the best selection award that is. Obviously we won’t give out the name of the winner but the nominations list only. According to the law of math and their outstanding work the most shorts came from Spain but there will be at least one Hungarian work in each screening section. Beside the fiction movies there are 15 animation and 10 experimental works that made it to the competition. Again all registered Hungarian (that of match our entry requirements) shorts will be showcased off competition along with several other works in the frame of Panorama section. 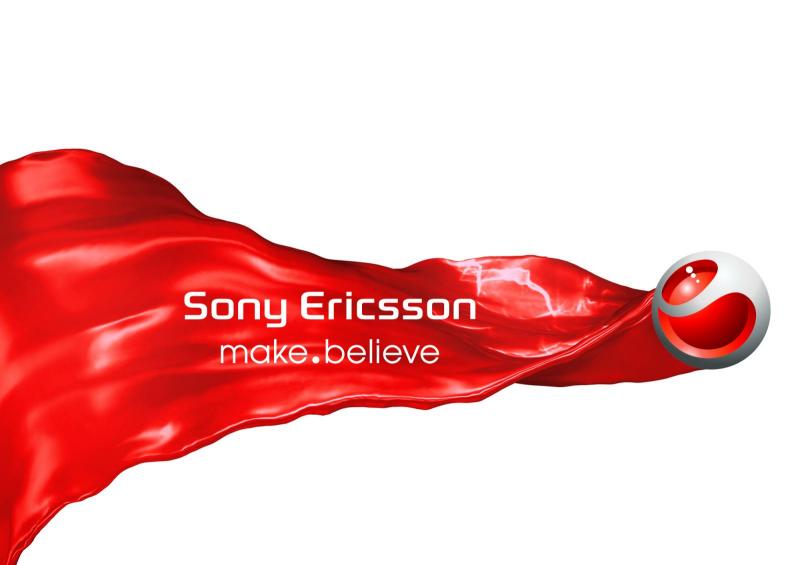 After the successful 2nd LifeAd shortfilm competition here comes Busho's next call which is announced together with Sony Ericsson! The aim of this call is shot the main spot of the 6th BuSho festival with Sony Ericsson brand new model the HD equipped Vivaz camera. The 3 best competitor and the one gets the public's vote can take the device home! Regulations and Entry Form!  We were a bit worried as 2 days before deadline there weren’t enough registration, then once again the Hungarian spirit has been confirmed and in the last few hours the registrations doubled up. Eventually 31 out of 40 sketches were decided to be worth of use, so the makers start the work on the 21st which lasts until 21-July and consist of 3 stages. The finalized spots should be registered and sent to us by midnight 1-August. 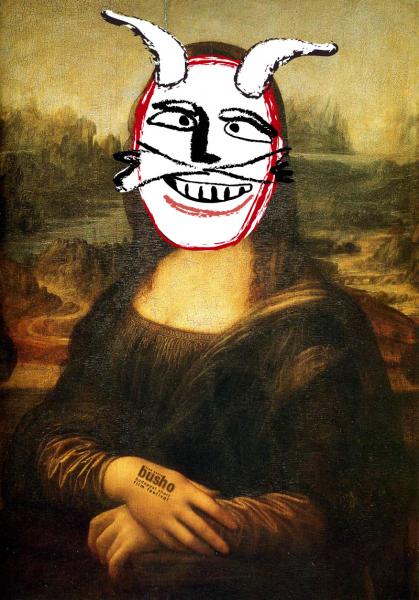 The deadline for entries was 1st of May. At 90% of the processing we count 455 shorts from 50 countries, the category breakdown is 80 of both animation and experimental, and nearly 300 of fiction but exact details coming soon. No surprise in the top entering nations this year again, as the same 3 countries count the most entries but in a different order. This time Spain registered the most entries followed by Germany and Hungary on 3rd which is surprising though. Some details may change, because we have not recieved all the works as yet, but made a list of the missing details. The pre-jury soon start their work and as usual the list of the competition will be announced by mid-June. 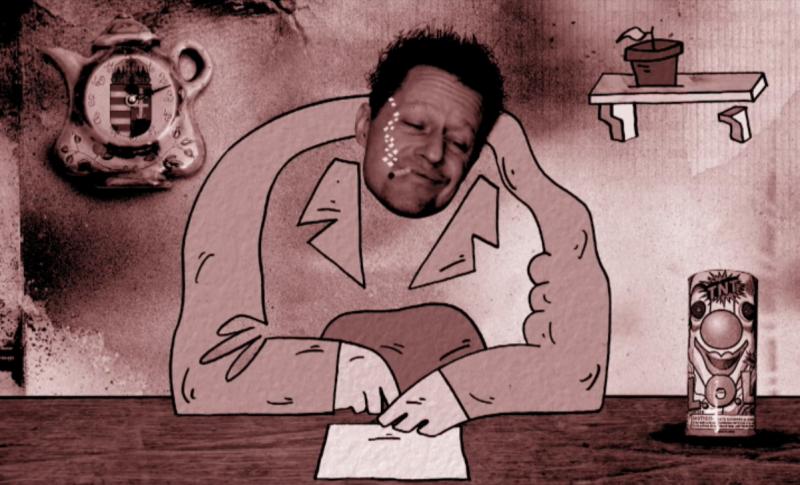 The international grand final of the advertisingLIFE 2010: 20 years of freedom!? one minute shorts was held in Bratislava on 31-March with huge Hungarian success! The event has counted a total of 150 entries from all three countries (Hungary, Slovakia, Czech Republic) with Hungary delegating 85 of them. After the regional finals each country represented 10 works in the grand final where to our pleasure the 3rd prize went to Tamás Patrovits: Bulvárhírek a diliházból (Yellow press news from the asylum) animation, whereas the main prize was won shared between Gábor Hörcher: Served cold and Dénes Sántha, Zsolt Damó: http://communism2010.com that was made at the workshop in Nagyvárad. All the finalist works can be watched here. 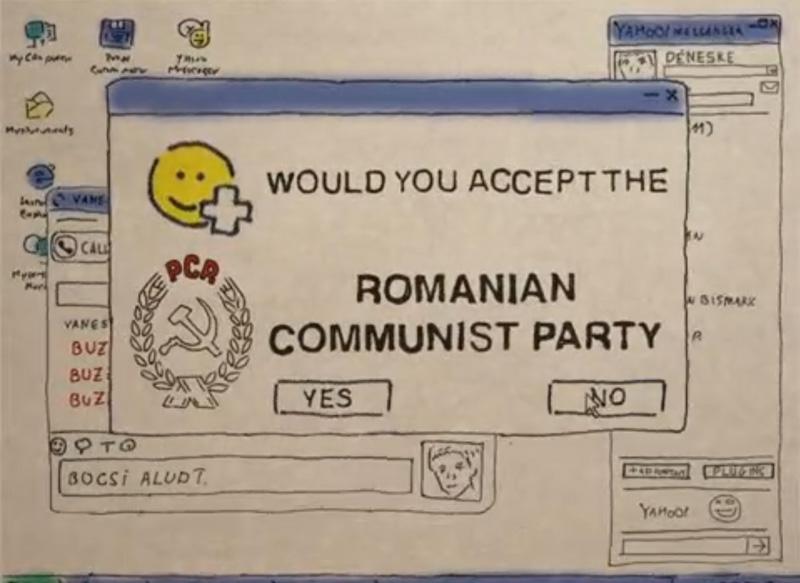 By 15-March the deadline of entries for adverisingLIFE was over. In Hungary it was hosted again by BuSho (Budapest Shortfilm Festival) and the event has counted as many as 85 entries from 11 countries. The three-step final's first ceremony was held in Budapest (prior to finals in Prague and Bratislava) on 25-March at Toldi cinema, Budapest. After the official opening of the final, János Xantus summarized what was going on at the same theme workshop that was held in line with the final, then the mainly Hungarian works were showcased but for the pleasure of the organizers there were entries from Finland, Germany, India, France, Italy, Portugal, Romania, Serbia and the USA. The screening was followed by the award ceremony where Géza M. Tóth handed over the prizes of this year. For the closing of the event there was a Slovakian-Hungarian DJ duel, but of course this is to be continued: The international grand final will be held on 31-March in Bratislava at the Meteorit theatre. 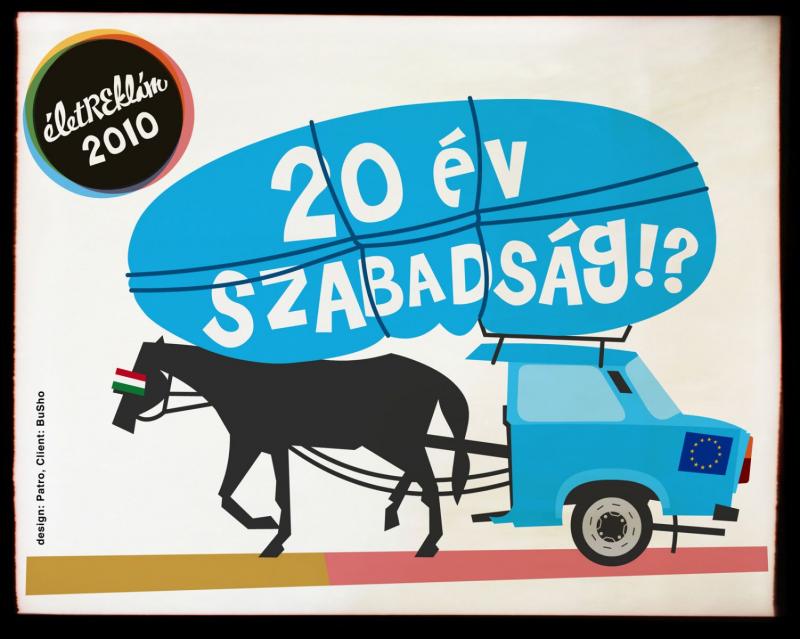 The AZYL shortfilm festival of Bratislava again calls for entries to the Advertising Life competition, which like last year will be hosted by BuSho festival for the second time. The goal of this call is to get 1 minute shorts from makers that is related to their slogen „reklama na život" roughly means advertising life. This year’s subject is: 20 years of freedom!? Armed with last years’ experience the major change is that the pieces will be judged in 3 countries (Czech Republic, Hungary, Slovakia) by separate juries then the 10 finalists will compete in the final in Bratislava. The winner’s reward again is €3000.-! New feature is that from this year you can upload your short online as well and that we also accept entries that were not made by an individual but in the frame of „advertising LIFE” workshop which is most likely to be held on the last weekend of January. Entry Form.

Just like in the previous years the online registration for the 6th BuSho starts on 15. December with minor changes. The double deadline and late registration fee made no effect whatsoever, therefore the old registration rules are being reset and the registration is free, deadline is as usual 1. May. Beside the few technical changes the biggest change is that there is an year of making restriction of shorts meaning that no entries of shorts made before 1. January 2007 will be accepted! Other criterias remain the same: no longer than 30 minutes, fiction, animation and experimental works are welcome. You can register directly through filmfestivals.com and on withoutabox pages and you can also find us in festivalfocus and britfilms.com database.

It seems like it takes 5 years to be accepted, to find a place where with pleasure they welcome us and an international cineclub that is offering a guaranteed entertainment for the growing number of fans of BuSho during the year. „Having fun with us?” BuSho season closing and at the same time BuSho cineclub opening party on 17. December at 6.00pm in Szabad az Á, showcasing the award winner shorts of 2009. This cineclub is to be continued every other Thursday at 7.00pm at the same place. Details…