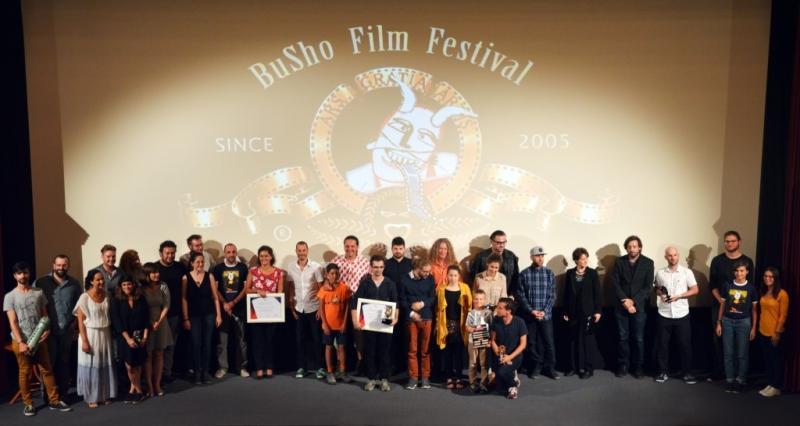 After the opening ceremony, where  Mrs. Judit Hammerstein, Deputy Minister of State at the Ministry of Foreign Affairs and main patron of the event welcomed the creators and the audience and which was officially opened by Teréz Koncz director, last year’s jury member, the guests could witness how on the 2nd of September 2017 on a rainy Saturday evening the awards of Budapest Short Film Festival, the beautiful statuettes created by Solide Art and the Special Prizes of various Award grantors were presented to the winners. Of the total submissions (1,000) 75 short films were screened in the competition program in Puskin Cinema, where the audience could watch the works together with the international jury, and subsequently at the repeated screenings in Art+ Cinema and in Búgócsiga in Sopron.

The first winners were announced by the Student Jury, whose members were delegated by 4 higher education institutions: Dániel Császár (Metropolitan University), Zoltán Debreczeni (Moholy-Nagy University of Art and Design), Zsófia Ördög (University of Theatre and Film Arts) and Janka Pozsonyi (ELTE). "The Student Jury would like to give a Special Mention to Tarek Roehlinger's short film A State of Emergency. Besides its importance and actuality, it is using the elements of tension perfectly, so the sense of fear stays with the audience for a long time."

A State of Emergency - Tarek Roehlinger (Co-production of France and Germany).

„For its simple but well structured story as well as for its imaginative and beautiful visuals.”

The Student Jury award for Best Animation was given to:

"For its perfectionism." The Student Jury award for Best Experimental was given to: 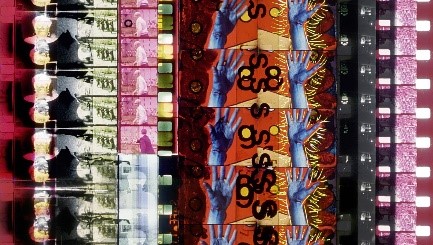 “For its intuitiveness, the authentic characters, unexpected situations and its natural humour.”

The Best Fiction: The Burden of Memory – Albert Meisl (Austria)

The Austrian director reacted as follows: “Thank you very much, for this great honour. I’m really happy about this prize. Thank you. Thanks for the festival and all the members of the festival, all people who work for it, especially Tami for inviting the film, and for having such a great time here in Budapest.”

Next, the awardees of the International Jury – whose members were Yusuf Saygi, film professional from Turkey, our domestic representative is Róbert Maly, Academy Award winner cinematographer and the permanent member of the jury and the coordinator of the international jury: Wolfgang Leis. – were announced.

First those winners were announced who could not take part at the Award Gala in person. 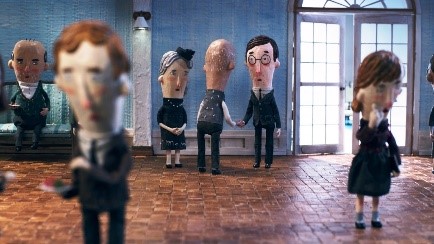 Then the further category prizes were presented:

At BuSho 2017, the best cinematography was the work of Giorgos Karvelas in Limbo – directed by Konstantina Kotzamani (France/Greece)

After this the awardees present were asked to accept their prizes, and the level of excitement has risen quickly. For the third time this year the prize of the Media Council and Authority of the National Media and Telecommunication –that is a 2 x 500 thousand forints award– was given for the best Hungarian animation and fiction work. The prizes were handed over by Róbert Maly, Academy Award winner cinematographer.

The Best Hungarian Animation in 2017 is: Kötelék / Bond by Judit WUNDER, who expressed her gratitude as follows: “Thank you so much, this is a great achievement for me, I’m really thankful for the jury.”

“Thank you, this is an honour for me, I would like to thank for the jury, the audience, my crew, my cast members, and also everyone who appreciated this film.”

Yet another special award was given: the offer of Sziget LLC: a weekly pass for Sziget Festival 2018 for a 3-members strong mini crew with permission to shoot! The prize went to Fishy Story by Aleksandra Szymanska (Hungarian-German co-production) and received in person by Ákos Schneider, Hungarian co-producer from AZT Media.

The Special prize of Sopron – our standing venue in the countryside – namely a mock-up of the Sopron Fire Tower – along with a 3-days excursion to Sopron for 2 persons went for the first time to a foreign creator: Carlos Gómez-Trigo (Spain) for Maelstrøm, who thanked the audience:

“Hmm, I don't know how I'm going to put this prize in the suitcase, but I’d really like to say thank you to all the people whom I met here, there’re such amazing film makers, and I hope to come next year, at least as a member of the audience. So thank you!” 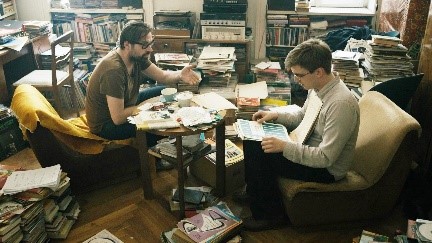 Before the announcement of the winners of the main prizes, Giuliana Sana, Italian jury mamber was invited to the stage to share the opinion and experience of the Jury about the Festival.

“Good evening to everyone! On behalf of the international jury, first of all I would like to thank Tamas Gábeli and the BuSho team for the invitation and for offering us the opportunity to watch such a high-quality selection of short films. Thanks also for organizing such interesting meetings like the jury consultations, and thanks to the authors who shared their thoughts with us and helped us to know more about their films and to better understand their choices. Events like BuSho Film Festival show to the film industry that there are brave and controversial authors whose works deserve attention, and the good participation of the audience to the screenings is definitely a demonstration. It was really a pleasure to be here and discover the wonderful city of Budapest and this great festival with all of you. Thank you!”

Then the winners of the main prizes were announced along with a short evaluation of the jury.

“This film shows a lesser known manifestation of human vileness, calls us to vigilance in the present, all the while maintaining a strong vision and staying within the boundaries of good taste.”

The Bronze BuSho prize 2017 was awarded to: Van egy határ / Operation Stone by Barnabás Tóth (Hungary) “May we express our gratitude for the Jury. Please give a loud applause to the main actor, my son, Mátyás; I’m honoured to have after 3 silver BuShos, and now this Bronze BuSho, although I’m a little bit afraid that if this tendency continues I will not get any awards next year – hold on, it's just a joke. But nevertheless, thank you very much on behalf of the whole staff!”

The reasoning for the next awardee:“This film proves that cinema is the field for intellectual game. What this self criticism story focuses on is for the enjoyment of all of us.”

In 2017, Silver BuSho is awarded to: Kapunka by Tal Greenberg (Israel)

“Hi, I’m so surprised and honoured; really, it was such an amazing trip to Budapest. Thank you, I’m so excited, thank you very much!”

“The director successfully deals with an international contemporary issue through a family drama with the wisdom which is not typical of a teenager.” 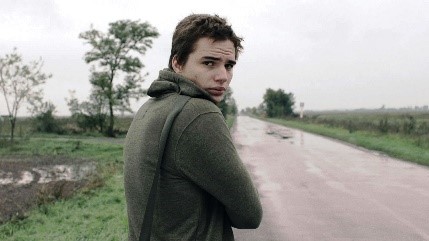 The Main Prize of the 13th BuSho goes to...
Welcome – Balázs Dudás (Hungary) “I really did not expect this, I can say nothing more but thank you to my cast as well, I am really glad that you appreciated it and it has found its mark. Thank you!”

Finally, thanks were given to the sponsors for making it possible to organize the event for the 13th time: Our sponsors were the Hungarian National Film Fund, the Hungarian Academy of Arts, the National Cultural Fund, the Ministry of Foreign Affairs and Trade, The Mayor’s Office of the Municipality of Budapest, the National Cooperation Fund, Pensum, Biogroup Hungary, the Austrian Culture Forum, the Polish Institute, the Italian Cultural Institute, and the Embassy of Israel. Our cooperative partner, the Budapest Festival and Tourism Center offered Budapest welcome packages. Our Award Sponsors contributed to the Prizes created by Solide Art – National Media and Infocommunications Authority, Sziget LLC and Búgócsiga from Sopron. Our Media partners were Filmvilág, Filmtekercs, Fotovideo Magazines and Radio Klub.

As the final act, all participants were invited onto the stage for a group photograph, and all the guests were invited to the 14th BuSho International Short Film Festival in 2018, finally all the awarded shorts were screened in Metropolis hall. 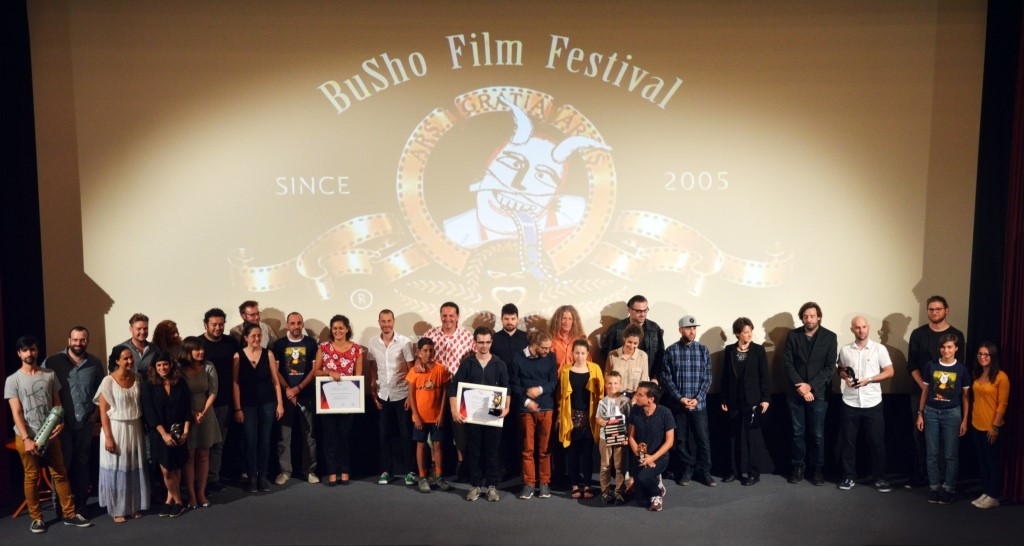